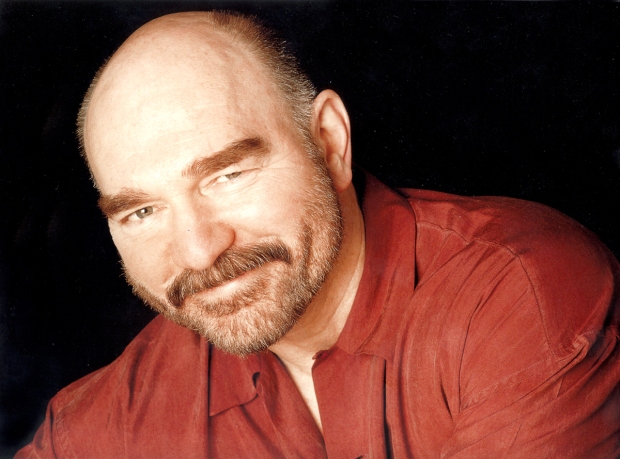 BEVERLY — It makes sense that 25 years after the first production, the “founder of the feast” should be invited back to take part.

The North Shore Music Theatre will be presenting its adaptation of “A Christmas Carol” from Dec. 5-21 , and the director will be Jon Kimbell, NSMT’s former artistic director and the man primarily responsible for the adaptation that has become a North Shore tradition.

“We are very excited to welcome Jon Kimbell back to direct ‘A Christmas Carol.’ As he created this beloved adaptation in 1989, there is no better person to put in charge of this season’s production,” said NSMT’s owner and producer Bill Hanney. “Having delighted more than a million people over the years, this season’s spectacular show is guaranteed to once again put everyone in the brightest of holiday moods.”
Kimbell remembers the circumstances and decisions made at the time the theater developed the piece that is now billed as a “musical ghost story.”
In 1989, as part of NSMT’s move to a year-round schedule, Kimbell wanted to mount a show from the ground up as a learning tool for theater staff, a production to celebrate the first Christmastime the theater was lit.
“Up until that point, our shows were touring productions.” he said. “This time, we were working with each other in creating something that was all ours.”
Kimbell decamped to his home in Southern New Hampshire with other members of the staff, including Education Director David Zoffoli and Marketing Director David James, and they started taking apart the book.
It was James who came up with the idea of making the narrator of the piece an older Tiny Tim, looking back on the time in question. Once that was in place, everything else followed quickly, said Kimbell.
He knew going in the production had to have a certain “wow factor.”
“We knew about half of the performances would be for students, and while we didn’t want to talk down to them, we wanted to keep their attention at the same time,” Kimbell said.
Thus the decision to play up the scarier aspects of Dickens’ tale, including the chain-rattling Marley’s Ghost, and the dreadful Ghost of Christmas Future. Marley didn’t “fly” in the first few productions, but he certainly does now, courtesy of ZFX.
Kimbell never envisioned the show becoming a holiday staple for a quarter-century.
“Never in my wildest dreams did I see the show running for more than two or three years,” said Kimbell. “It just became more of a tradition every year. Financially, it saved the theater a few times and it became an ‘identity piece’ of sorts.”
Ironically, it was the decision made after Kimbell retired to replace “Carol” with a production of “High School Musical 2” that was cited as one of the reasons — along with the devastating fire in 2005– that caused the theater to close in June 2009, before Hanney purchased it and reopened it in 2010.
The latest assignment reunites Kimbell with two of his favorite people — David Coffee as Ebenezer Scrooge, and Marblehead’s Cheryl McMahon as Mrs. Fezziwig and Mrs. Dilber, the housekeeper who is bewildered at Scrooge’s transformation. Both are performing in the piece for the 21st time.
“They’re both such brilliant comedians,” said Kimbell. “The best thing to do as a director is to get out of the way.”
“I feel extremely blessed to be part of the continuity of NSMT’s ‘A Christmas Carol,’” said McMahon in a recent interview.  “The show ushers in the season for me, for our loyal audiences, and celebrates and honors  Dickens’ masterpiece.”

McMahon said she remembers being excited when local actors were asked to audition, as most of the theater’s casting at the time was done in New York.
“Right after my audition, they invited me to the callback,” said McMahon “I literally jumped up and down, cheering, ‘Yes, thank you!’ and said I’d be there.”
When Hanney reopened the theater, one of the first things he did was restore “Carol” as a holiday tradition, and bring back Kimbell to direct it that first year.
“I think it was very smart of Bill and a gesture of goodwill to the entire community,” said Kimbell. “It took a lot of courage for Bill to re-open. He’s rebuilt the trust of the audience and the quality of the productions has been quite good. He has a business model and it’s successful.”
Kimbell said that he knows the piece so well that the lack of a learning curve allows him to concentrate on keeping the production as fresh as possible by tweaking it in several ways each time he directs.
“It’s an absolutely rare and wonderful thing for a director to revisit a piece,” he said. “You can always correct or work on things you didn’t like before. You get to look at everything with a fresh perspective.”
“Tailoring the show anew happens every year, some elements are kept intact…others reimagined and created with a fresh eye,” said McMahon. “Jon always welcomes this uniting the old and the new, and it keeps the cast and creative team on their toes.”
One part that hasn’t been tweaked is Coffee, the Texan who joined the production in its fourth year in 1992 and has made the part his own.
“He’s one of the strongest character actors I’ve ever met and a major reason for the success of the piece,” said Kimbell. “The best actors know how to tell stories and David is a consummate storyteller.”

Coffee said as Kimbell as a director “wants to make sure that all of the actors are on the same page.  He wants the story telling to be clear, clean and crisp.”

He also appreciates what the production meant as part of the theater’s history.    “It represented a change in the way the theater viewed itself.  No longer was NSMT just a stop on the summer stock circuit.  With the production of   ‘A Christmas Carol,’ NSMT was a regional producing theater creating plays for NSMT audiences and the unique NSMT stage.”

While he was developing his adaptation, Kimbell sought ways to lighten the mood with humor and music; music has been an important component of the piece from the very beginning.
“The actual story of ‘A Christmas Carol’ is quite dark,“ he said. “It was a time of great poverty and class distinction, with the underclass facing an early death.”
Kimbell said the music has broad appeal. “Music reaches across the generations; it bypasses the brain and goes directly to the heart.”
He said the adaptation has been scored in much the same way as a film, changing as the story unfolds.
The traditional and period music is augmented by original music composed by former staff members Alby Potts and James Woodland, and by other composers through the years.
“The carols we used anchor the piece in that time and place,” said Kimbell.
McMahon recalls the first year. “I remember learning massive amounts of music…old English Carols.”
Beside Coffee and McMahon, the cast also includes  Leigh Barrett (Ghost of Christmas Past, Mrs. Cratchit), Peter S. Adams (Ghost of Christmas Present, Gentleman 1),Dan Reardon (Ghost of Christmas Future, Young Scrooge), Freddie Kimmel (Jacob Marley), Tommy Labanaris (Narrator), Russell Garrett(Bob Cratchit), Nathaniel Braga (Pearlie), Brad Trump (Pearlie), Lenni Alexandra Kmiec (Belle), Bronson Norris Murphy (Fred), and J.T. Turner (Mr. Fezziwig/Gentleman 2).
The cast of 29 will also feature young performers from many local communities.
In a scene from “A Christmas Carol,” Bob Cratchit proposes a Christmas Day toast to Ebenezer Scrooge, “the founder of the feast,” much to the disgust of Mrs. Cratchit.
Perhaps the company of this production might all agree to raise a glass to their director, the founder of the feast that is the area’s longest-running holiday theatrical tradition.
Tickets for “A Christmas Carol” are priced from $55 to $70. Performances are December 5 – December 21. Tickets can be purchased by calling the North Shore Music Theatre Box Office at (978) 232-7200, via the website atwww.nsmt.org or in person at 62 Dunham Road (Route 128, exit 19), Beverly.