‘Elf: The Musical’ to brighten the Wang Center 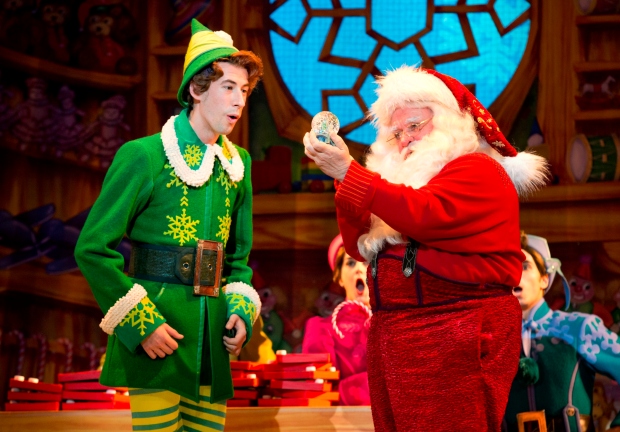 BOSTON – BSL Enterprises, LLC and the Citi Performing Arts Center have announced the casting for the upcoming holiday engagement of “Elf The Musical.”

The show brings the Broadway musical to the historic Citi Performing Arts Center Wang Theatre, which is celebrating its 90th anniversary, for a three-week engagement, playing Nov. 17 – Dec. 6, 2015.

Presented by the Citi Performing Arts Center and MSG Entertainment, tickets are now on sale at the Citi Center box office, through http://www.citicenter.org or by calling 800-982-ARTS (2787).

The production will feature direction by Sam Scalamoni and choreography by Connor Gallagher. Casting by Stewart/Whitley.

“Elf” is the hilarious tale of Buddy, a young orphan child who mistakenly crawls into Santa’s bag of gifts and is transported back to the North Pole. Unaware that he is actually human, Buddy’s enormous size and poor toy-making abilities cause him to face the truth. With Santa’s permission, Buddy embarks on a journey to New York City to find his birth father, discover his true identity, and help New York remember the true meaning of Christmas.

ELF plays at the Citi Performing Arts Center Wang Theatre Tuesday, November 17 through Sunday, December 6 for 22 performances: Tuesday through Saturday evenings at 7  p.m. (except Thursday, December 3, at 7:30 pm); matinees on Friday, November 27 at 2:00 pm; Saturdays at 2:00 pm; and on Sundays at 1:00 pm and 6:00 pm.. Tickets are $35 – $125; all prices include a $3.75 facility fee per ticket. Tickets are on sale at the Citi Center box office, through http://www.citicenter.org or by calling 800-982-ARTS (2787), or through Ticketmaster. Groups of 10 or more may reserve tickets now by contacting Citi Performing Arts Center Group Sales at (617) 532-1116 or groups@citicenter.org Additional information about ELF is available at www.ElfTheMusicalOnTour.com.