BOSTON — It’s fun to take a peek behind the curtain and see how the theater “sausage” is actually made.

Broadway Across America has announced a new collaboration with the award-winning morning show “The Balancing Act” on The Lifetime® Channel. 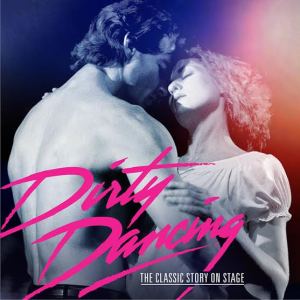 “Broadway Balances America,” a six-part miniseries, will provide viewers with exclusive behind-the-scenes excerpts and interviews with cast, creative and crew from the shows featured and is slated to begin airing this month, on Aug. 12, with a look at a production of “Annie.”
Local theater-goers can preview what they’ll be seeing as three shows within the “Broadway Balances America” miniseries are part of the Lexus Broadway In Boston 2014-2015 Season.
They include: “Motown The Musical” at the Boston Opera House, January 27 – February 15, 2015; “Dirty Dancing” at the Citi Emerson Colonial Theatre, April 28 – May 10, 2015 and “Disney’s Newsies” at The Boston Opera House, June 23 – July 5, 2015.
The full “Broadway Balances America” six part mini-series shows and air dates include:
“Annie,” August 12 & 19; “Dirty Dancing,” September 9 & 16; “Pippin,” October 29 & November 5; “Disney’s Newsies,” November 6 & 13 and 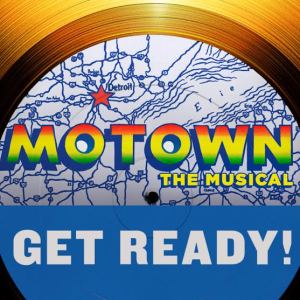 Classroom’s” air date is to be determined.
Some of the series’ highlights:
Lifetime® host Olga Villaverde had the time of her life when she traveled to Orlando and danced with “Johnny Castle,” the star of “Dirty Dancing.” She learned the iconic leap that stole people’s hearts in the original movie classic.
“Balancing Act” correspondent Amber Milt hit the boards on Broadway for a unique look at “Motown The Musical,” “Disney’s Newsies,” “Annie” and “Pippin.” Milt goes backstage for a “Supreme” transformation at Motown The Musical, which tells the behind-the-hits story of Motown founder Berry Gordy and the launch of legendary girl group The Supremes, The Jackson Five and many more.
“Disney’s Newsies,” the smash-hit, crowd-pleasing new musical, tells the true and captivating story of the 1899 newsboys’ strike and a band of underdogs who fight for what’s right while staying true to themselves. The segment focuses on Disney’s new national campaign, the “Get Up and Go!” program, which promotes fun ways for kids to lead more active and healthier lifestyles 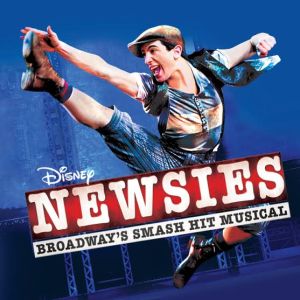 through the Newsies’ Tony Award® winning
choreography and music.
The “Annie” segment puts a spotlight on young children (and their parents) going
through the audition process to show what it takes to play one of Broadway’s most cherished roles in the iconic musical about everyone’s favorite orphan.
“Pippin” which originated in Cambridge’s American Repertory Theatre before transferring to Broadway, takes us into a captivating world of aerial acrobatics and temptation in this brand new Tony Award® winning production in which a young prince
must decide whether he should risk it all in a blaze of glory or choose a simpler path as he searches for the meaning of life.
“We are really excited to partner with Broadway Across America so together we can take our viewers behind-the-scenes of the most popular Broadway shows now touring all across the country and meet some of the actors, directors and choreographers who bring it all to life. said Dr. Thomas C. Deters, President and CEO, O2 MediaTM, producers of The Balancing Act.

“Also, with ‘The Arts’ being taken out of so many school curriculums it’s great that Broadway Classroom® provides students an opportunity to connect with the arts community. We’re thrilled that Broadway Across America shares our passion for
helping empower adults and kids alike and to instill and cultivate an appreciation for the Arts.”
“Broadway musicals are not just the New York art form; they are the great American art form. We thank our network of local theater partners nationwide and “The Balancing Act” for helping us share Broadway with that wider audience across the country,” said Lauren Reid, CEO Theater Division, Broadway Across America.
The final segment takes viewers into Broadway Classroom® where students are introduced to all elements of the Broadway industry in collaboration with performers and industry professionals. Classes range from Broadway 101, an introduction to Broadway, to Musical Theatre Song and Movement, a master class where students learn the music, choreography and staging from a current Broadway musical.
For information on the entire upcoming Lexus 2014-2015 Broadway In Boston Season please visit http://www.broadwayinboston.com. To learn more about the “Broadway Balances America” series, please visit:www.broadwaybalancesamerica.com